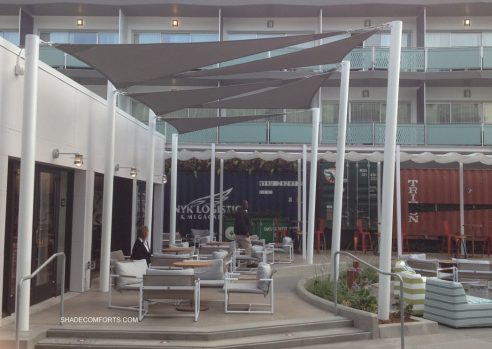 This canvas shade structure cools the patio courtyard at Hotel Zephyr near Fisherman’s Wharf in San Francisco.   Five cable-tensioned triangles are tensioned between (8) posts.  Four of the posts lean outwards from the building by 10-degrees. 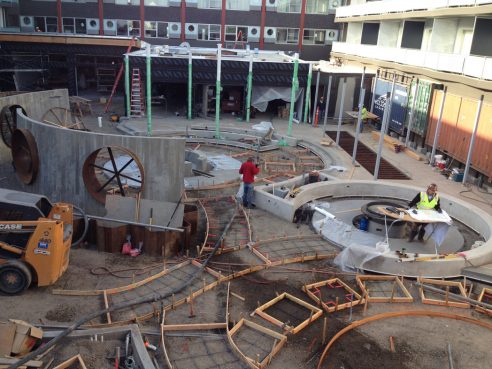 We were part of a $multi-million construction project to renovate the entire hotel, which previously operated as Radisson Hotel Fisherman’s Wharf.